Company formation in Poland Knowledge base

Simple joint-stock company – what is it? 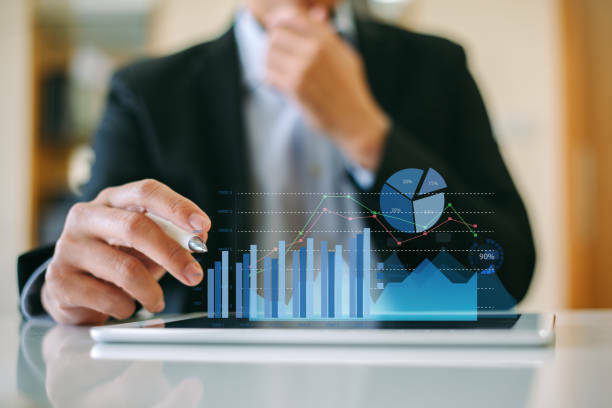 Simple joint-stock company (pol. “Prosta Spółka Akcyjna” or simply: “PSA”) is a new type of company in the Polish legal system. It was originally intended to be in force since 1 March 2020, but due to the coronavirus pandemic, the effective date of its regulations was postponed until 1 July 2021.

The Polish legislator intended the PSA to be a convenient form of doing business intended for start-ups, by combining the importance of the persons establishing the company with simplified ways of obtaining funds from external investors and at the same time introducing more flexible forms of decision-making within the company.

How to set up simple joint-stock company?

Setting up a PSA is much easier than its ‘big sister’ (traditional public joint-stock company).

Firstly, a PSA can be established either online or in a traditional form (signing the articles of association at a notary’s office). The incorporation of a simple joint-stock company via the Internet requires the company’s founders to have a secure electronic signature or a trusted profile (ePUAP –e-signature provided by Polish public authorities). The most important difference when establishing a company via the Internet and in traditional form is the time for registration in the business register – the registration of an ‘Internet’ company takes place approximately within 2-3 working days, whereas in the case of a ‘traditional’ form, the registration takes place after about 2-3 weeks.

Regardless of the form of establishing a PSA, its establishment is also facilitated by the fact that the minimum share capital is only 1 PLN, whereas in case of ordinary joint-stock companies the minimum share capital amounts to 100,000 PLN, and in order to register a company, it is necessary to cover at least 1/4 of the capital, which must also be confirmed by a document issued by a bank or an investment company.

It is also worth emphasising that a contribution to a simple joint-stock company may also be a provision of work or services for the benefit of the company (this does not apply only to contributions to cover the share capital). This solution is a novelty in the Polish legal system. Before the entry infto force of the provisions on the PSA, contributions to capital companies (limited liability or joint-stock companies) could only be in cash or in kind (e.g. property rights, real estates, receivables, etc.).

The above solution is therefore aimed at greater freedom in raising funds for the development of the company, while at the same time ensuring that the founder may retain control over the company. It is therefore possible to imagine a situation where a shareholder (who is the founder of the company) makes a contribution of 1 PLN to the share capital and an additional contribution (unrelated to the share capital) in the form of work for the benefit of the company in exchange for a significant number of shares. At the same time, if the company wishes to obtain funds from external investors it may quite freely issue new shares to obtain the relevant funds.

An additional solution to ensure that control of the company is maintained by certain people is the possibility of establishing ‘founder shares’ in the PSA. Founder’s shares are shares conferring a special right, according to which each subsequent issue of new shares may not infringe a specified minimum ratio of the number of votes attached to such shares to the total number of votes attached to all the company’s shares. In the event of an issue of new shares that could violate this ratio, the number of votes from the founding shares is increased accordingly.

The introduction of founders’ shares thus enables the founders of a simple joint-stock company to retain control over the company despite obtaining external investors, whose contributions to the company will significantly exceed the value of the founders’ contributions. It is worth noting that it is not possible to establish founders’ shares in traditional joint stock companies in Poland.

Also, it can be mentioned that in simple joint-stock company it is also possible to have “silent shares” (known also in traditional joint-stock companies), i.e. shares which do not carry voting rights, but these shares are privileged with regard to dividends.

In the case of a simple joint-stock company, the law allows for the appointment of the above bodies or, alternatively, a board of directors, which combines the competences of the management board and the supervisory board. In the case of a simple joint stock company, it is also possible to differentiate between the competences of the directors, by appointing “executive” directors (responsible for managing the company’s affairs) and “non-executive” directors (who will exercise supervision over the running of that company). Moreover, the Commercial Companies Code provides the possibility of appointing committees of corporate bodies, which will only be able to include persons with an advisory vote.

It must be emphasised that each director (both executive and non-executive) has the right to represent the company, which may not be excluded or limited with effect for third parties under the provisions of the articles of association. However, it is possible to set up rules under which the company is represented by the directors (e.g. requirement of signature of one executive director or two non-executive directors acting jointly to effectively represent the company).

Issue of new shares in a simple join-stock company

However, compliance with the above requirements is not necessary if the shares are issued by a resolution of the shareholders adopted on the basis of the existing provisions of the articles of association, providing for a maximum number of shares and a time limit for their issue. In such a simplified procedure, a resolution adopted by an absolute majority of votes and registration the new shares with company register is sufficient. The participation of a notary is also not required when adopting such a resolution, which obviously reduces the costs of the entire operation.

Moreover, the articles of association of a simple joint-stock company may authorise its management board to issue shares on its own. However, the authorisation may only be granted for a period of 5 years, and the number of shares issued may not exceed one quarter of the total number of shares issued by the company on the date the authorisation is granted.

The Management Board may exercise the authorization granted by making one or more subsequent issues of shares within the above limits. The Board may issue shares only in exchange for cash contributions, unless the authorisation to issue provides the possibility to issue shares for non-cash contributions also. However, the Management Board may not issue preference shares or grant individual rights to the shareholders – the issue of such shares requires a resolution of the shareholders.

It is therefore easy to see that greater flexibility in raising new funds by a simple joint-stock company requires the correct construction of its articles of association.

Liquidation of a simple joint-stock company

In the case of simple joint-stock companies, however, an additional, simplified method has been introduced for their liquidation. The entire assets of a simple joint-stock company may be taken over by a single shareholder, with the obligation to pay off the company’s creditors and the remaining shareholders, however such an acquisition must be approved by the registry court.

The condition for obtaining the court’s consent to a takeover is that the company’s creditors and other shareholders will not be harmed by the takeover of its assets by a single shareholder.

This type of solution is not allowed in the case of “traditional” capital companies (limited liability companies and joint stock companies).

A brief summary of selected, significant differences between the forms of capital companies available in Poland may be found in the table below: